skip to main | skip to sidebar

Does the digital world reduce our ability to read the emotions of others?

"For the study, researchers looked at two groups of students from the same school. The first group, comprising 51 students, attended outdoor school at the Pali Institute, a science and nature camp that doesn't allow student use of electronic devices. The second group, with 54 students, was allowed to use their devices as usual and did not attend the Pali Institute until the study was completed.
Both groups were shown 48 pictures of happy, sad, angry or scared people and asked to identify their emotions, both at the beginning and end of the study. "They also watched videos of actors interacting with one another and were instructed to describe the characters' emotions," according to a news release. "In one scene, students take a test and submit it to their teacher; one of the students is confident and excited, the other is anxious. In another scene, one student is saddened after being excluded from a conversation."
Students who had gone without digital media averaged 14.02 mistakes in the picture test before attending camp. After five days without screens, their scores improved to an average of just 9.41 errors per student. Camping students showed similar improvements on the video test. Students who had not yet attended camp showed a much smaller average improvement on the image test and no change on the video test."

Think of the old days when there were no phones, telegraphs, or fast transportation. What did people do to keep in touch?  Letters.  Sometimes you might get a photo of your loved one included, but usually that was with a stiff non-emotional face because cameras needed you to stay still for a while.  How did people manage to read the emotions of others back then?

"The city of Portland, Oregon, is nearing approval of construction for tiny home communities on public land in order to house homeless and low-income residents, the Oregonian reported. Josh Alpert, the city's director of strategic initiatives under Mayor Charlie Hales, said it's not so much a question of if, but rather, when the homes will be built in partnership with Multnomah County, according to the news source. The city will ask various public branches in the area -- including Portland Public Schools -- to provide surplus land for the homes."

Less than 200 square feet is a bit small I think.  400 square feet would provide space for your "stuff" as well as a bit more comfort.

I also like the comment "Looks good but perhaps adding a community garden would aid in feeding the residents, build skills, community and confidence."
Posted by Jeff Jacobsen at 8:34 AM No comments:

the militarization of the police

Ferguson, Missouri shows what can go wrong when the police get military equipment and are trained for military type actions.  They forget that citizens are not the enemy and protesters are not criminals.  I blame the Battle in Seattle for part of this, where the police had to deal with Black Block vandalism and retardedness.  But definitely police need to go back to working for the citizens not having and us vs. them attitude. 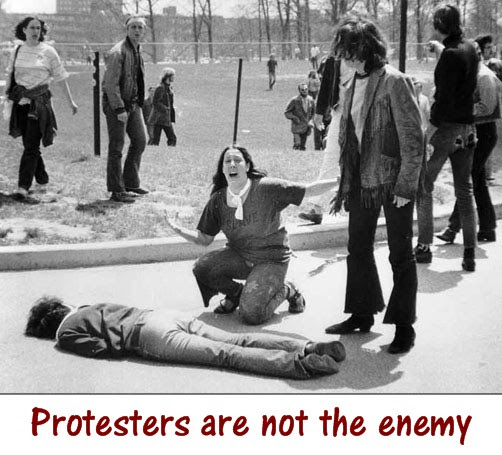 Posted by Jeff Jacobsen at 10:46 AM No comments:

Jeff Jacobsen
Jeff has a B.A. in Religious Studies and a B.S. in Political Science. He is a progressive and an activist who likes to speak in the third person. cultxpt@gmail.com